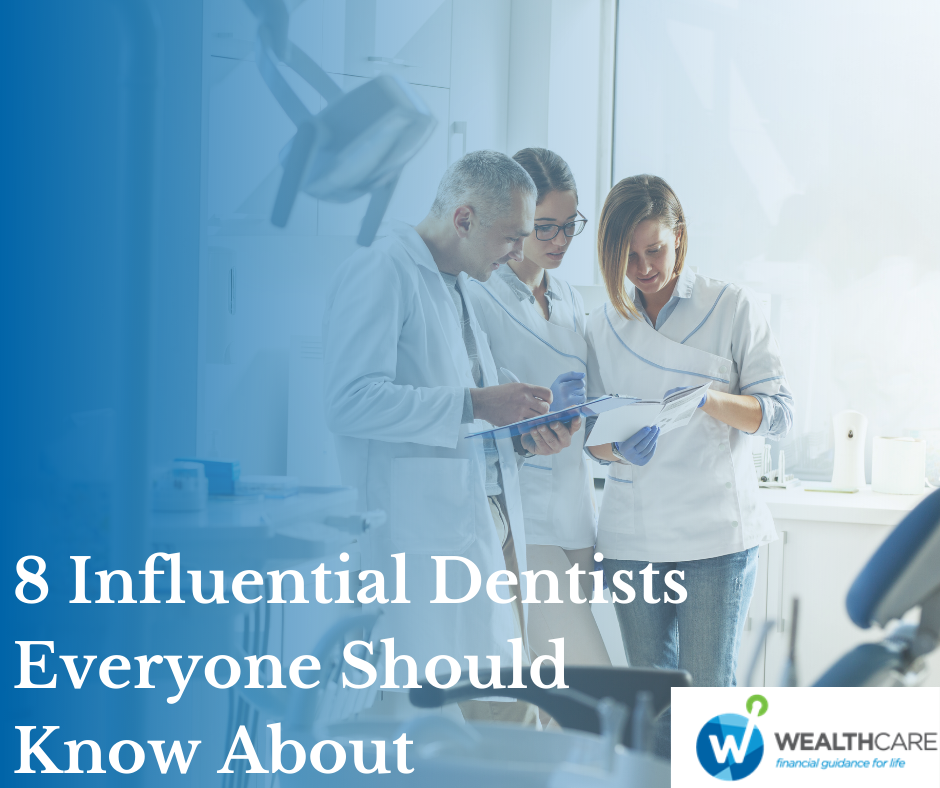 8 Influential Dentists Everyone Should Know About

Dentistry has come a long way over the past couple of centuries. In the beginning, dentistry was mainly used to address problems when they were so great there were few options other than to seek out a dentist. Now dentists are often a part of preventative health care, and their work and dedication not only leads you to a better smile but typically a healthier one as well. Want to know a little about some of the influential dentists who have been pioneers in the industry? Below are a few of the influential dentists everyone should know about.

Known as "The Father of Modern Dentistry," Pierre Fauchard detailed the scientific description of dentistry, using basic oral anatomy, periodontal disease, orthodontics, and removal of decay as its basis.1

Bass was also referred to as the "Father of Preventative Dentistry" and was responsible for promoting the practice of basic oral hygiene. He learned that if people regularly brushed and cleaned their teeth and gums, they would lose fewer teeth and suffer less decay. He was also responsible for developing nylon floss, which was better at removing debris in between teeth.1

Rafael Bowen revolutionized the repair and restorative dental processes by developing the thermoset resin complex that is used in most of the modern-day composite resin restorative materials.2

John Borden helped to launch a new era of dentistry, allowing processes to be completed more quickly with his introduction of a high-speed air-driven device that reaches speeds of up to 300,000 rotations per minute.2

J.N. Farrar became known as "The Father of Orthodontics," as he was the first dentist to develop appliances that would use gentle force to straighten out teeth gradually. These appliances eventually evolved into modern-day braces and invisible straightening devices.1

Talbot helped to change the diagnostic process in dentistry by introducing x-rays to view patients' teeth and assist in diagnosing decay, growth abnormalities, and other issues such as abscesses.1

Content in this material is for educational and general information only.

All information is believed to be from reliable sources; however LPL Financial makes no representation as to its completeness or accuracy.

This article was prepared by WriterAccess